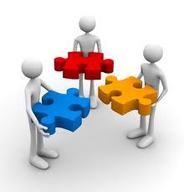 Connections ABA strives to employ highly qualified staff who are dedicated to the field of education and knowledgeable in the Applied Behavior Analysis (ABA).  Additionally, as we are committed to educating our students in the most inclusive settings possible, staff should constantly support this philosophy by proactively seeking opportunities for our students to be active members of their school and greater community as students, employees, volunteers, and citizens.

Please join us in welcoming our new staff for Fall 2014:
Christina, Jon, and Tiyana!

Lisa Goldthwaite has been the Manager of Connections ABA since its inception in 2007 and an Inclusion Facilitator at Newton North since 1999.  Previously, she worked at the New England Center for Children.   Additionally, Lisa teaches Community Living English, coordinates Classroom Aides for the Special Education Department, is the faculty liaison for Understanding Our Differences, and works with Theatre Ink! as a teacher (Stage Management) and faculty advisor.

Dan Almeida is the District Supervisor of ABA Services and consults at Newton North and several other schools in Newton.  Prior to his time in Newton, Dan worked at Melmark and the New England Center for Autism.   Currently, he also teaches in the Master's level ABA programs at Endicott College and UMass Boston.

As a member of our team since September 2011, John came to us from a local, private ABA provider.  He runs our Men's and Safety Skills Groups, and also organizes many fun sports and recreation activities for students.   John would like to work towards his BCBA, balancing school work with his growing daughter!

Radka joined us in February 2011 having worked with a local, private ABA agency as well as the Northshore ARC for many years.  Previously a teacher in Prague, her many years of experience put her in a good position to mentoring younger staff.  Radka is also one of the two Summer Facilitators for 2014.

Melissa joined us mid-school-year in 2011 and hit the ground running.   She quickly organized a complicated case and most recently has put her strong interest in the community to use researching recreational activities, public transportation routes, and other opportunities for students.  Previously, Melissa worked at Melmark.  She is also interested in furthering her education through a Master's program.  Melissa recently had a baby girl, Sophia.

Vicki joined the Newton team in September 2013.   She has many years of experience working the Grafton Public Schools and at NECC.  As someone with a close family member with Autism, Vicki is a strong advocate for students and families.  She is also pursing her BCBA and possibly teaching licensure at Endicott College in their Master's program.  Congrats on her recent marriage!

Matt has worked in Newton for many years at various schools, but for the past few years he has been full time at Newton North working with students in the Connections and Connections ABA programs.

Roberta works with several schools and programs throughout Newton.  We are happy to have her consulting in Community Living, Career Strategies, and Cooking Club regularly and in general ed classes, at vocational sites, and in the community as needed.

Jill consults to programs throughout Newton about issues related to Adult Transition.  She works closely with student teams to help us develop realistic goals for the future, work with local adult agencies, and create transition plans.  Jill is also a licensed Vocational Rehabilitation Counselor and has worked both for adult agencies and local school districts with transition aged students.

Ken began his work in the field as a teacher at NECC (where he and Lisa worked on the same team), after which he moved into the area of Music Therapy.   He began working at several schools in Newton during the 2011-2012 school year and rejoins us after a year of leave for 2013-2014.

Connections ABA is proud of the accomplishments of its former staff, many of whom have gone on to work in the field in other places.  If you have news about a former ABA staff, or are a former staff who would like to add their contact information, etc., please feel free to email me, and we'll add the info!

Ashley Bordelon is pursuing her Doctorate in Psychology/Autism Studies at Louisiana State University.

Bonnie Marimon, and Ashley Weimar are now BCBA's working for Newton Public Schools.  Katie Sapp, Kaitlin Maguire, Ashley Williams, Stephanie Killorin, and David Ripp are now working as BCBA's in other districts and private agencies in Massachusetts.  Amy Stirman is working as a BCBA in California, Izumi Nishida in Japan, and Rebecca Cornwell in Alabama.   Rachel Hopkins is taking time off from her work as a BCBA to live abroad with her growing family in Israel.

Ellen Michel is an Inclusion Facilitator working for Newton Public Schools.  Amy (Boynton) McLean is a teacher working in Colorado, Jackie (Chozick) Feiss in Vermont, and Amanda Mehlenbacher in the DC area.  Melissa Benvenuto is teaching at a school in Massachusetts.  Caroline Mannion is also working in the field in another district.

Lindsay Pearlstein and Erin (Doyle) Haggerty work at Newton North as Behavior Therapists with the Community Connections Program.  Hitaishi Joshi and Sophie Prevost are  Behavior Therapists working for other schools in Newton, and Tiyana Portis continues to do home services in Newton while pursing her degree.  James McCarthy works at Central High School in Newton.  Emily (Dougherty) Benn is working in the field in Wales, UK.  Marissa Friedman continues to work part-time as a BT in the district while pursuing her degree in a related field.  Nicole (Toscano) Spaulding works at Burr Elementary during the day and does after-school and home service hours with students at various other schools.

Amanda Grozak, Stacy St. Martin, and Mat Bergman are now putting their skills to work in other fields.   Jane Roble is raising her growing family in Hawaii, where we know ABA skills probably come in VERY handy!